Dad. When you say his name out loud, you realize how much he means to you. A pillar of strength, who always has your back right from day one, he is a man who teaches you to lead a life of ideals where we respect others and always stand up for yourself. With a host of web series giving us some memorable papas to cherish, we today list down 5 exceptional fathers from the web series whom you will adore for their extraordinary fatherly skills.

ALTBalaji and ZEE5’s recent offering, Mentalhood saw viewers hail Dino Morea’s powerful portrayal of Akash Fernandes, a single parent, and stay-at-home dad. Redefining the role of a single parent, Akash exemplified the right kind of parenting by not being over-protective and efficiently handling his kids. While he may enjoy the female attention from every mother, there’s a warm and affectionate side to him that makes him his children’s best friend. Starring the likes of Karisma Kapoor, Shruti Seth, Sandhya Mridul, Tilottama Shome, and Shruti Shukla, Mentalhood is an absolute must-watch for all things parenting.

This freshly-launched show currently streaming on ALTBalaji and ZEE5 is an absolute laugh riot that features Bollywood actor Rahul Dev alongside YouTuber Harsh Beniwal and Nikhil Bhambri. The web series shows how Prem (Rahul) goes through a gamut of emotions as he explores his relationships with his son, mother, deceased wife to finally accepting a new chapter of his life with grace. Add to that, his friendly relationship with his son Soggy is something to watch out for. Based in Delhi and offering a desi tadka while depicting the carefree chronicles of a father-son relationship, Who’s Your Daddy is the perfect mashup of laughter, drama, and loads of fun. This show, by TVF, revolves around a father trio who are retired but want to become ‘cool’ and match the standard and energy of today’s generation. Being full of adventure, these fathers try their very best to break the stereotype of the typical Indian father and undergo an image makeover. The show features a star-studded cast that includes Brijendra Kala, Gajraj Rao, Atul Srivastav, and Manoj Joshi. 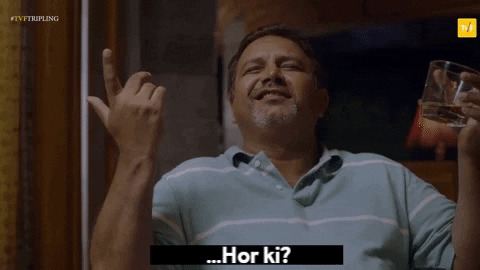 This TVF series is originally based on the life of three siblings Chandan (Sumeet Vyas), Chanchal (Maanvi Gagroo) and Chitvan (Amol Parashar) who together set off on a hilarious journey, to find themselves and get answers to the many relationships in their lives. But the real role is played by their daddy cool, portrayed by Kumud Mishra, who always tries to add normalcy to the chaos done by this terrific trio. Though he did not have much screen time, how he deals with each of their problems is something to appreciate. 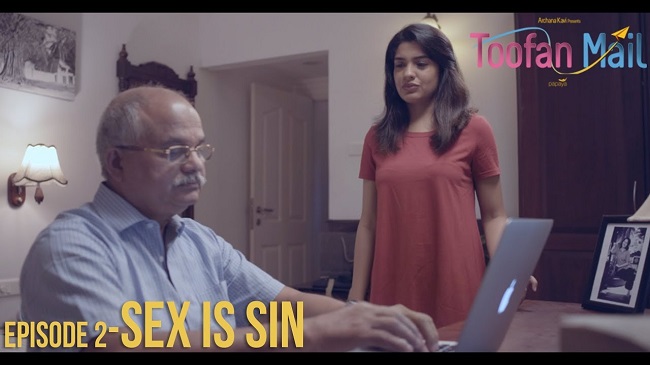 This mini web series on YouTube features Archana Kavi and her real-life father Jose Kavi in lead roles and depicts the cute and adorable relationship between the two. The tagline of the show says it all, ‘No matter how old she grows, she’ll always be Daddy’s little girl!’ We can see many cute moments between the father and daughter duo that include the former bonding with his child by joining the social media bandwagon. With seven episodes on YouTube, each lasting not more than 10 minutes, one can simply breeze through the emotions and sincerity in the performances of this pair.

Watch it alone, with your loved ones, or best with your daddy dearest, these five shoes will make you remember and see your father in a whole new light.

5 on-screen FATHERS who prove that daddies can be cool too!

TVF’s new extravagant multi-genre line-up to leave you in awe!